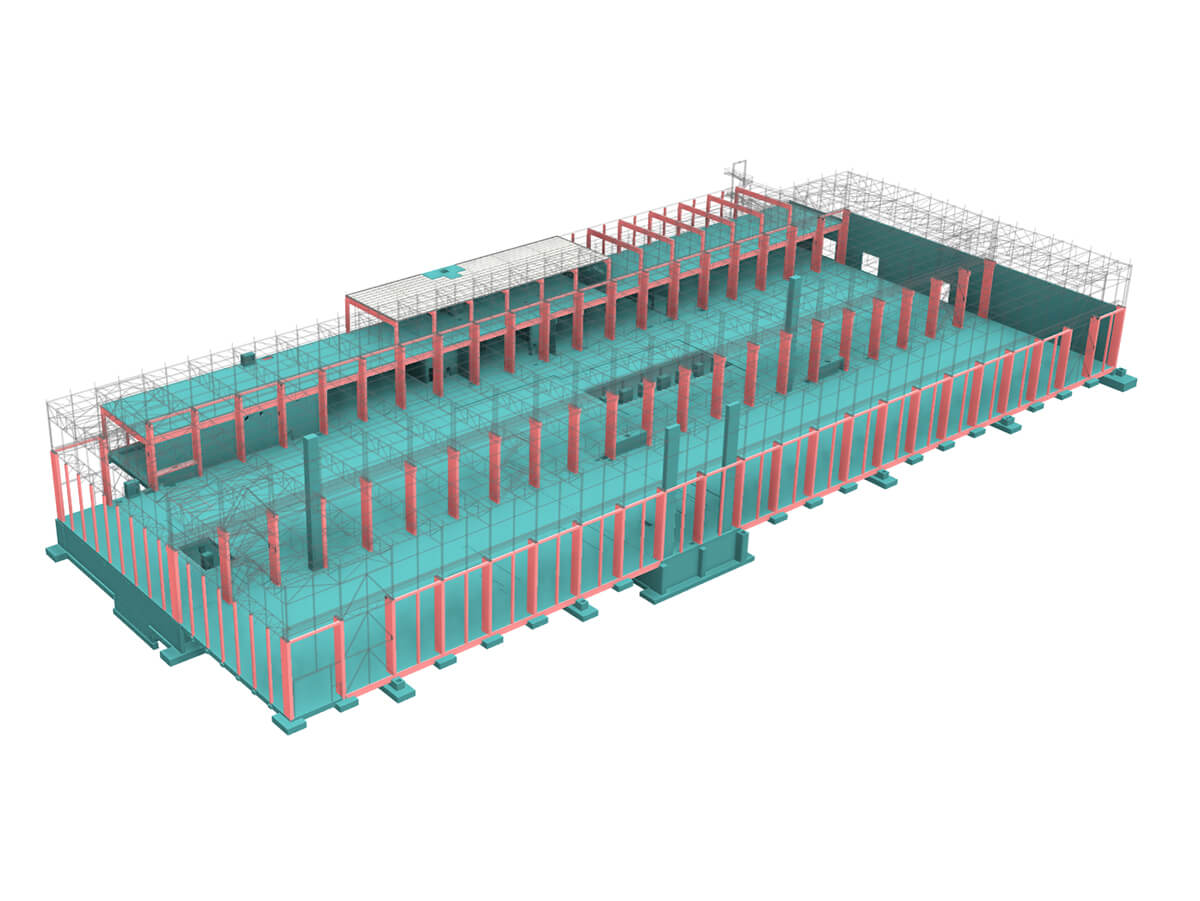 In the 2nd stage of the expansion of the Mercedes plant located in Kecskemét, our task was to design the structure of the monolithic ferro-concrete and precast ferro-concrete columns. The design was made with Revit BIM model.

The elements (AxisVM and IDEA) of the force calculation model used for the static analysis of the supporting structure were created by using the static structure built up in the BIM modelling software (Revit). The process was automated to increase work speed and reduce the possibility of errors. The model was continuously refined with the results of the collision tests performed on the BIM model, which were regularly sent to the customer to avoid geometric errors.

The reinforcement of the ferro-concrete structures was mainly handled together with the formwork geometry with 3D tools within the same platform (Revit). The biggest benefit is that the information is stored in the same system, and there is no data loss, compatibility issues, or version errors between the software. By assigning the information from the casting schedule to the concrete objects, consistent working gap positions appeared on the plans, which facilitated the conditions for the feasibility of reinforcement.

For design efficiency reasons, the reinforcement was produced in 3D using Revit. The displays of the previously constructed walls and the later-built plate were controlled by the object attributes. 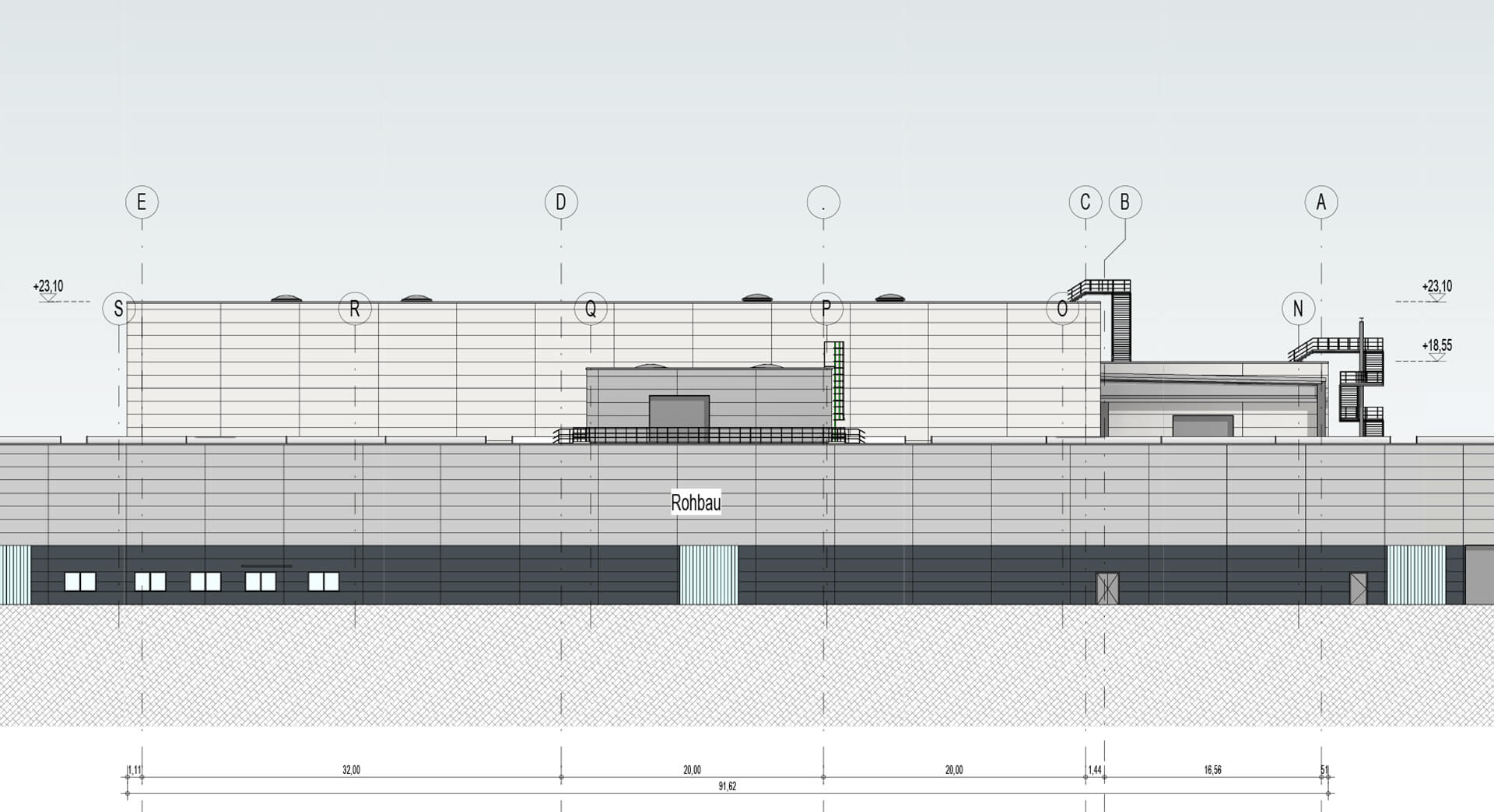 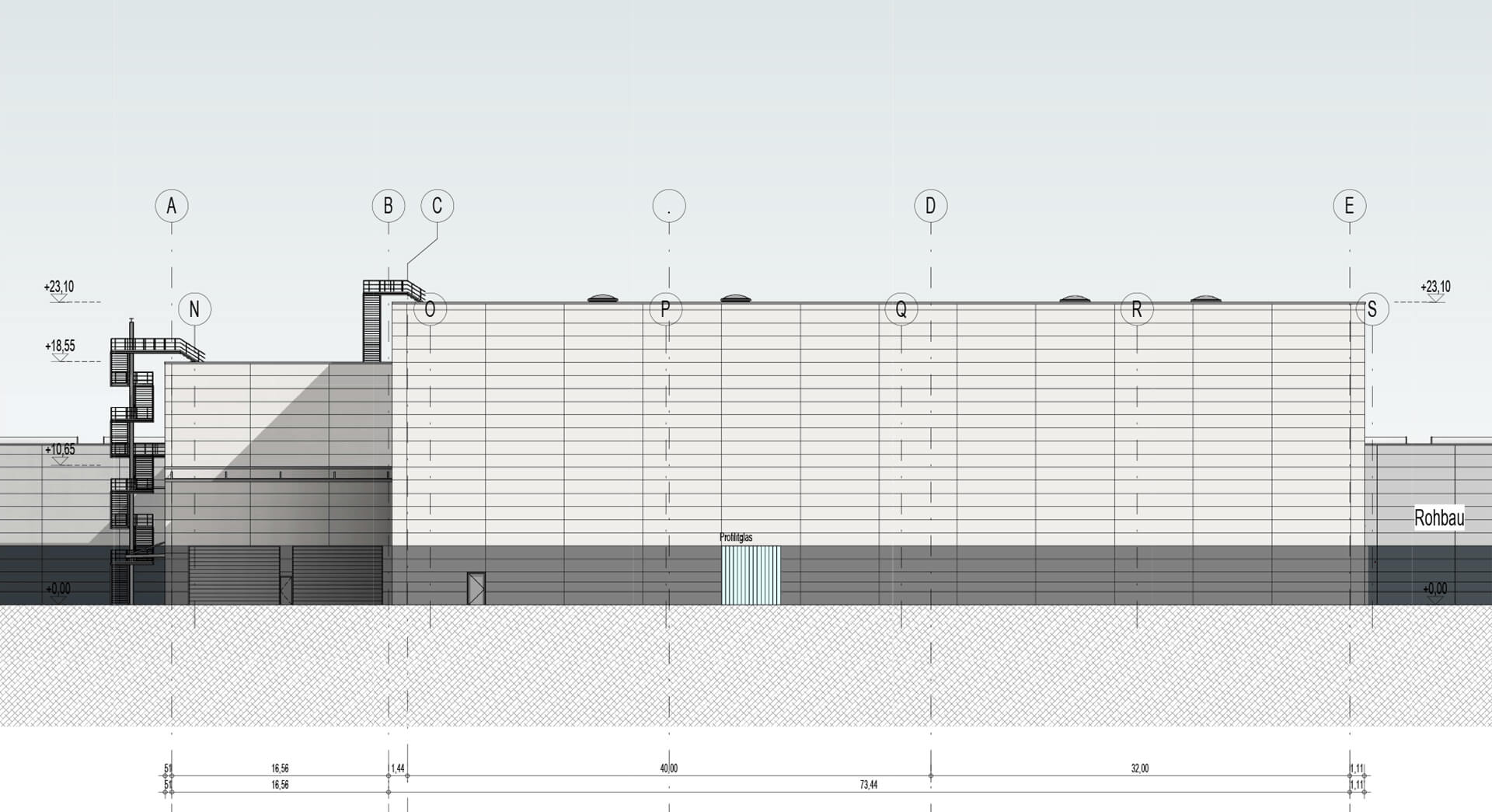